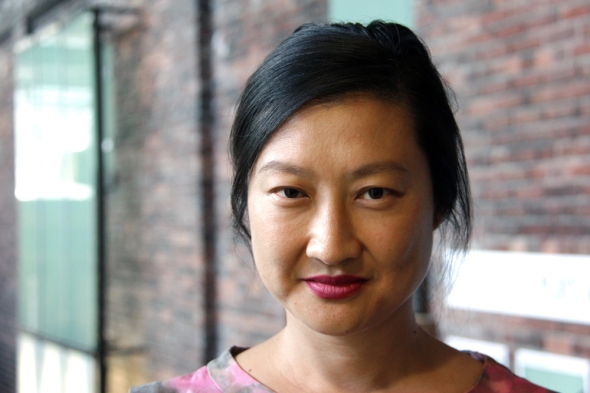 How long have you worked for Soulpepper and tell us a little bit about what you do.

What has your job consisted of lately?

Since I’m responsible for government and foundations funding for both Soulpepper and the Young Centre, most of my time is spent preparing grant proposals and reports, as well as seeking out new sources of funding for both organizations. In addition to writing operating and project grants I also prepare grants for government programs outside of the arts. Most recently, I prepared a number of grants for some exciting new facilities upgrades to the Young Centre. My job is especially interesting because I get to talk to people from just about every area of the organization to pick their brains about all of our activities, and I often find out about new initiatives or directions we might be taking at an early stage, which is always exciting.

I also devote time to ensuring that government funders, elected officials and foundations supporters have a first-hand knowledge of how we are making the most of the funding we’ve received, whether it’s hosting them at Opening Nights, inviting them to Academy auditions or ensuring that they get to experience one of our youth showcases. Part of my job also involves working with my counterparts at other arts organizations, especially around raising awareness of the important role the cultural sector plays in our communities on so many fronts.

What (if any) kinds of shows/productions/events have you been involved in outside of work?

Outside of Soulpepper, my main areas of interest are media arts and music. I’m currently on the Board of the Canadian Filmmakers Distribution Centre, which is celebrating 45 years as Canada’s oldest artist-run centre this year. I’ve also been on the Advisory Board at the Toronto Reel Asian International Film Festival since leaving my post as Executive Director there in 2005. Over the years I’ve also been involved with the Images Festival, the Liaison of Independent Filmmakers of Toronto and the Toronto International Film Festival. I’ve also worked on a number of independent films and music videos both in front of and behind the camera.

I used to play bass and sing in a number of punk/indie bands, but between work and family life with two young children, it’s been hard to remain active on that front. Many people I’m close to work in film and music, so I still feel very much a part of those communities. I have not been able to bring myself to sell any of my basses or my amp, so maybe I’ll start up again when my kids are older – after all, it’s my duty as a mom to embarrass my kids, right?

When you’re not at work, what are you doing?

I love, love, love spending as much time as I can with my kids –  Olivia, 6 and Evan, 4 – and taking advantage of all the great things there are for young families to do in Toronto. We love the ROM, the AGO, Toronto Islands, Sugar Beach and Dufferin Grove Park, which is very close to where we live and is, I think, one of the best parks for families in the city. Having said that, there is nothing I enjoy more than sleeping in while my husband gives the kids breakfast, or having a day at home with nothing on our agenda – time is the greatest luxury! My in-laws are Italian so there is also no shortage of gatherings with extended family and tons of great food and fun stories. A night out might be prompted if I really want to catch a specific band, watch a specific movie or eat at a specific restaurant, but more often than not, it’ll be because I want to support a friend at an opening or event they’re involved in. After the kids are in bed, I can often be found hanging out with friends on Facebook or devouring the latest issue of Vanity Fair along with some Haagen Dazs.

What do you love about being a part of the staff at Soulpepper/Young Centre?

Where to begin? My colleagues are among the most interesting, smart, kind, hardworking, fun and supportive people I have ever met — everyone who works here is at the top of their game. It’s also busy all the time, so every day just whizzes by. Because of the entrepreneurial style of leadership (no resting on your laurels around here), once you’ve finished one thing – BOOM! – it’s on to the next. Needless to say, it’s a very stimulating professional environment.  But there’s often something fun going on too, whether it’s been formally organized like a paper airplane flying contest (guess who won?), or an impromptu visit next door to SOMA for gelato. Overall, it’s great to spend all day where I feel respected and liked by those I respect and like. And of course, I’d be remiss if I forgot to mention that we have a lot of talented bakers on staff, so people are always bringing treats into the office – administrators’ spread, look out!!