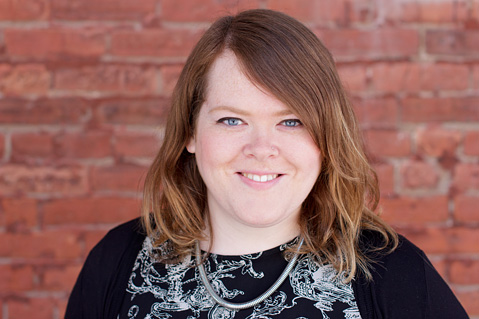 How long have you worked at the Young Centre and tell us a little bit about what your job consists of lately.

I have worked at the Young Centre for 2 years almost to the day. I submitted my resume the second I stumbled upon the theatre on my first touristy stroll through the Distillery District. I instantly fell in love with the building and the vibe. I started as a Floor Captain, which basically means you manage the usher and volunteer teams during show times, and act as the front-of-house liaison with each show’s stage manager. About a year later, I also took on the job of Patron Services Representative in the Box Office, so now I split my time between both jobs. I also had a brief foray into backstage work on last season’s The Norman Conquests, which was great fun. I’m basically all over the place! Lately my job as Floor Captain has consisted of manning the madding Spoon River crowds, and in the box office we are gearing up for Panamania – the Arts and Culture section of the Pan Am/Parapan Am Games – which takes over the theatre this July and August.

What kinds of shows/productions/events have you been involved in outside of work?

I am a stage-manager in my “real” life, but I can’t join the Union here as I am not Canadian, so I have been on hiatus for a while! However, I am moving back to Ireland this summer and already have a job lined up, which is fantastic. I’m stage-managing a play called Lovers by Brian Friel, one of my favourite Irish playwrights, at the Everyman Palace Theatre in Cork City. You’re all very welcome to come. Tickets are €35, plus your return flights to Ireland.

When you’re not at work, what are you doing?

Because I am moving home soon, in my spare time I am trying to do and see things in the city that I haven’t gotten around to yet, especially outdoors stuff as we seem to have finally escaped winter. Shamefully, I have never been to Centre Island so I have a day of fun with friends planned there soon. I’m also panic-eating a lot of poutine (while crying) as I can’t stand the thought that I will soon live in a country where that doesn’t exist.

What do you love about working at Young Centre/Soulpepper?

Most importantly I love the people. Some of the best friendships I have made in Toronto began at the Young Centre. There is great mixing and interaction between departments, both backstage and front-of-house, which is something that you don’t always get, and I feel that a lot of effort is put into creating that sort of atmosphere here, which I love. After that, of course, I love the amazing shows. I think Of Human Bondage is my favourite Soulpepper show to date so I am so excited for the remount, and for the great things I am hearing from the rehearsal hall about The Dybbuk. Oh, and I also love photo-bombing couples posing at the ‘LOVE’ sign in the Distillery District. It is truly one of life’s great pleasures!